Candlemas, Presentation of Our Lord 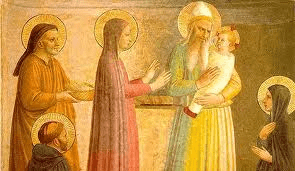 February 2ND has many names. In popular culture, we refer to it as Ground Hog’s Day. In the church, it has been known as Candlemas, the Festival of the Purification of Mary, and as the Presentation of Lord. According to St. Luke’s gospel, the infant Jesus was carried by Mary and Joseph to the Temple in Jerusalem on the 40th day since Jesus’ birth, which is February 2ND. It was during this visit that the old prophet Simeon, who had been assured that he was to see the Messiah before his death, saw the couple and their infant son Jesus walking across the Temple. Having seen the infant Messiah, Simeon took the child into his arms and announced, Now, oh God, I can leave this world in peace- for I have seen my salvation. He then continued his prophecy with the word that Jesus would be the light for all the world.
The Lake String Quartet and soprano Deb Gilory will perform Gustav Holst’s Four Songs for Voice and Violin as well as a haunting piece by Mark Schweizer with a text by G. K. Chesterton, The Stars looked Down. 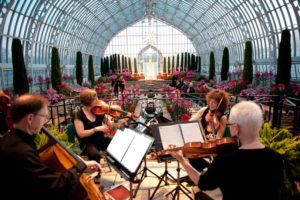 Candlemas not only marks Pastor Haug’s 9th Anniversary at Lake of the Isles, but Dr. Rizzotto’s 2nd year as Director of Music