Lent- A Journey of Prayer

Do not worry about anything, but in everything by prayer and supplication with thanksgiving let your requests be made known to God.       Philippians 4:5 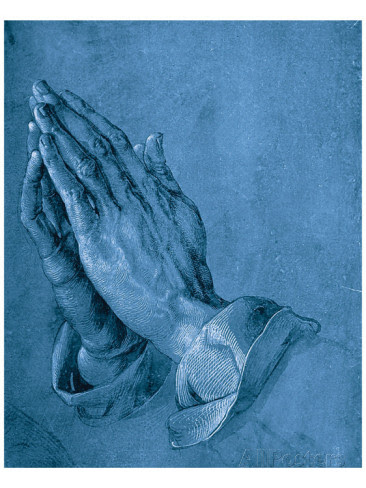 Albrecht Dürer was a German painter, engraver, printmaker, mathematician, and theorist from Nuremberg. When he was still in his twenties, his high-quality woodcuts established his reputation and influence across Europe, and he has since been conventionally regarded as the greatest artist of

the Northern Renaissance. Two of his works can be seen today in the Albertina Museum in Vienna. The first is the woodcut of the Praying Hands of the Apostle, and the second is a water color of the Young Hare.

Of course, both works are worthy Easter images- and I am not referring simply to the hare as the Easter Bunny. Surprisingly, Dürer once used three rabbits in a woodcut of the Holy Family to represent the Holy Trinity. The more important image for the season of Lent, however, is the praying hands. Today Dürer’s woodcut can be seen around the world. 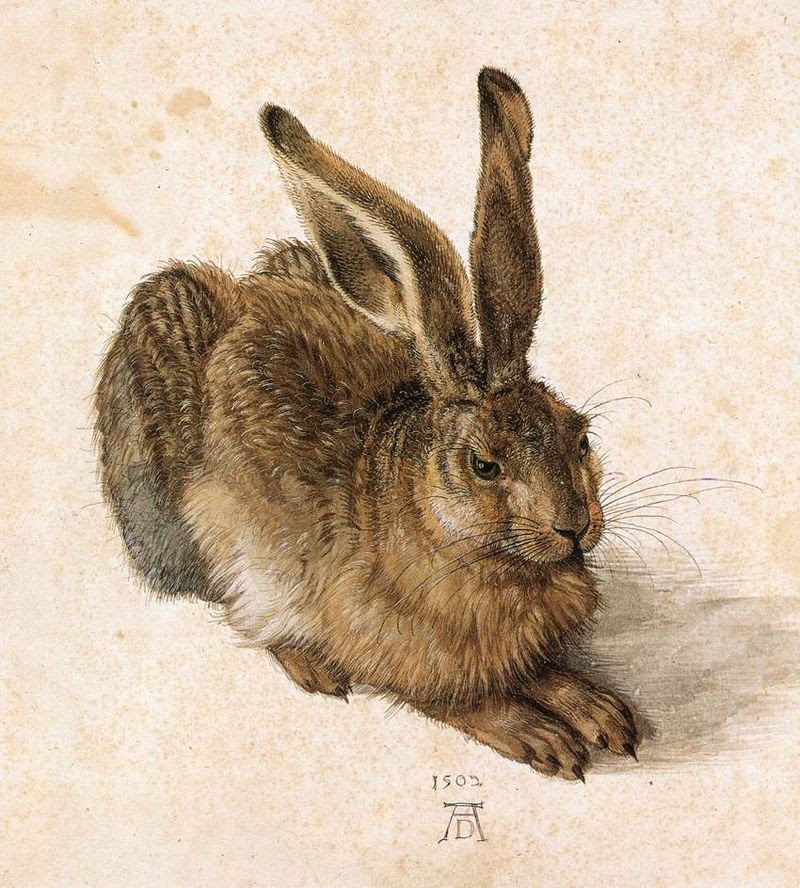 It has been recreated in countless forms including plaster sculptures. The original drawing was created in 1508 as a study for an altar piece featuring a variety of apostles and saints gathered around the Virgin Mary, hence the name- “The Study of the Praying Hands of the Apostle.”  The sketch depicted both the hands and the face of an apostle. Art historians believe that the hands may have been Dürer’s own hands. Sadly, the altar painting was lost, burned in a fire in 1729.

In spite of the fire, the simple study of the praying hands which Dürer drew for one single detail, has remained a part of our cultural and spiritual heritage 500 years later. For me personally, that is a wonderful and powerful statement of faith. The face of the apostle has been lost to time, but the faith of the apostle in prayer has survived. Perhaps that is because of our life long journey in prayer. We never feel that we get it quite right, but we realize that it is our most important way of sharing our needs and cares with God. That is the primary purpose of our own Lenten journey at Lake of the Isles.

Through the season of Lent, we are focusing on the discipline of prayer. This is the theme for our Sunday morning worship services as we walk through the Lord’s Prayer, as well as our Wednesday evening Lenten Services using Holden Evening Prayer when we meditate on the words of Martin Luther’s explanation to the Lord’s Prayer. Once again, this year we are enjoying sketches by Neil and Ellen Johnson during worship, and a soup supper beginning at 5:45.

Come and let us enjoy this Lenten journey together.